Cleaning up our act. Published June, 2019, Created by Patrizia Rossi

The Mayor of the West Midlands Andy Street called for a “Clean Air Revolution”, throwing down the gauntlet to tech innovators, artists, academics and business leaders at a Birmingham City University conference (a STEAMhouse initiative in partnership with West Midlands Combined Authority and in collaboration with Climate Change Solutions Ltd) to cut levels of pollution and improve air quality as part of his mayoral challenge. 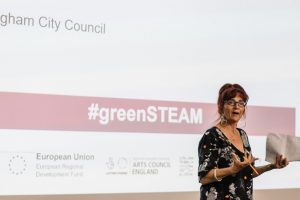 The conference also featured a number of notable speakers including world explorer Mark Wood, who has experienced climate change first hand at the North and South Poles, raising awareness of pollution and its detrimental effects.

It also kicked off ‘The Mayoral STEAMhouse Challenge: Clean Air, Green Future’, which is a STEAMlab event today, bringing together a number of innovators within the public, private and charity sectors to use STEAM thinking to tackle the problem of air pollution. The Government has thrown down the challenge of a 40% reduction in carbon emissions by 2030.

During his speech the Mayor discussed the need for green solutions in the region as the West Midlands has a higher level of manufacturing than anywhere else in the country, for example, manufacturers Jaguar Land Rover and Liberty Steel, which are heavy users of energy. 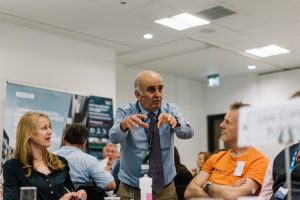 “We have a debt and a moral responsibility from previous generations to address the issue,” Andy Street added in reference to the region’s industrial heritage.

Deputy Vice-Chancellor Professor Julian Beer said: “I’m delighted that the Mayor has chosen to work with the University and STEAMhouse on this element of his clean-green future agenda.”

“Here in the West Midlands, we’re making huge strides in green technology, and we have the expertise, enthusiasm and knowledge to lead the way in clean growth for the rest of the world,” Andy Street added. 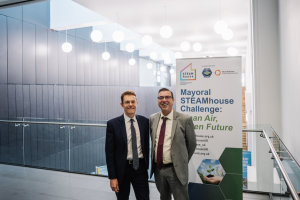 Feeling inspired? To find out more about STEAMhouse and to book a free tour, visit here: http://steamhouse.org.uk/blog/join/