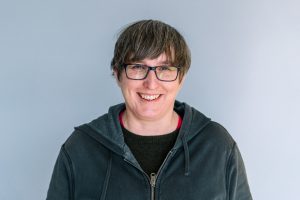 Ruth Claxton, Associate Director at Eastside Projects and Creative Director at STEAMhouse, explains how STEAMhouse, a coworking and prototyping space in Birmingham, has become a hub of creative practice and skills development. Having STEAMhouse in Birmingham builds on the city’s industrial heritage as the city of a thousand trades and is helping to revive that spirit by creating opportunities for regional creatives to develop new skills and work.

How did STEAMhouse come about?

My first involvement was as an artist needing space to work, to learn new skills and with a desire to continue contributing to the development of cultural infrastructure in the city.

In 2014 I worked with Alessandro Columbano, Michael Dring and Sean O’Keeffe to produce the Birmingham Production Space proposal. It was a call to action to bring together manufacturing, creativity and digital to create an unrivalled space of innovation where artists, designers and craftspeople could create new work.This proposal brought me in to contact with the STEAMhouse team. At around the same time at Eastside Projects we published Draft#6 of our users manual The Artist and the Engineer, inspired by Birmingham’s coat of arms, and began a series of evolving exhibitions called Production Show, to get people thinking about the city and production in new ways and how artists can be a motor behind this. I also began co-developing Workshop Birmingham and the Makeworks Birmingham Directory.

Several years on from the initial proposal I think that STEAMhouse is delivering what we thought it would, but these things do take time to develop. STEAMhouse is a great space for practice development, for skills development and for understanding connections and collaborations. I’ve hosted a number of visitors to STEAMhouse from around the country and they can’t believe the facilities that we have, I want people to use them and push things forward. We want Birmingham to be known as the place artists can make really ambitious work and be successful. First, we need to convince the local community that STEAMhouse is useful to them – that’s a key part of our work, the community will shape how the Production Space workshops develop, we want to develop a spirit of ‘everybody can be a researcher, everyone can collaborate’ and we want it to be an open, learning space. 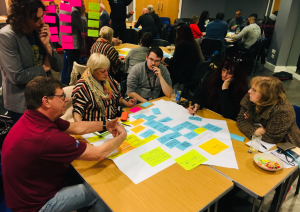 One of the areas that we’re keen to work on is getting a common language of understanding between the academic world, the creative community and people working in other sectors to make the space feel inclusive and remove barriers to involvement and collaboration. Artists have to learn new skills all the time, and I hope STEAMhouse will create a new way for worlds to collide and practice to develop. STEAMhouse can be the translator in the middle of different types of languages.

Workshops are set up here to make the art world transparent so that people can see how different artists and creatives work. We can provide shortcuts to people learning new skills, this will put bridges in place for people and create new opportunities. Networks are developing and connecting in what would have otherwise been siloed knowledge and skills.

What role does Birmingham City University play in supporting upskiling?

I think an important role for Birmingham City University to play is helping create the environment for creatives to flourish – especially where they are not going into big business, but are establising their own projects and micro-businesses. I would really like to see a new wave of artists and artist-led organisations coming through in the city and changing the landscape in the way my peers have done over the last ten years.

How can artists and creatives use STEAMhouse? 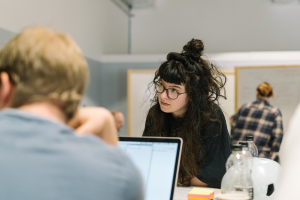 I want artists and other creatives to make use of STEAMhouse to make new work, test new ideas, learn new skills and benefit from new opportunities for collaboration. You can learn so much more when you work with people that don’t think like you because you have different conversations, develop your practice, help you to crossover and ultimately make more interesting work – collaboration is key. STEAMhouse has a structure which allows these things to happen.

I would also like it to be more normal for artists to lead on change and collaboration because I believe that we can change things and add an extra something to the process. There is a movement towards inter and transdisciplinary ways of working and thinking, this will bring tremendous value to society.

Feeling inspired? If you’re interested in a coworking maker space in the heart of creative Birmingham, get involved with STEAMhouse by checking out our upcoming events or by registering to join here.