It what ways do terrorist attacks change and shape urban spaces? How do people whose lives were affected by acts of urban terrorism cope in the aftermath of these attacks? What, if anything, can make us feel secure? And how might artists work with academics to think though complex challenges?

These are some of the questions that three academics Dr Katharina Karcher (Cultural Studies), Dr Konstantinos Skalomenos (Civil Engineering), and Dr Raquel da Silva (Psychology/International Development) and two artists Cary Parker and Emanuela Cusin are exploring. Each researcher will give a mini-presentation to introduce their research, discuss their findings and explore how their work critically interrogates prevailing notions of security before we open out to a wider discussion.

This event will highlight how new conversations can emerge when different modes of research – in this case academic and creative – meet.

This event has been designed to initiate new networks between artists, researchers and citizens with an interest in questions of (In)security, which may develop into future collaborations in Birmingham and beyond. As part of the event we will launch an Open Call for three Artist-Researchers to work with the (In)security project team to develop projects that critically examine counter-terrorism security measures in Birmingham and experiment with alternative notions of safety.

Find full details about the opportunity and how to apply HERE 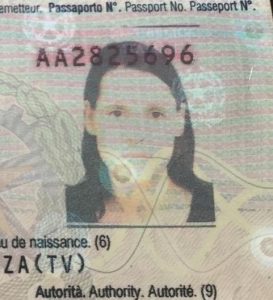 Emanuela is a studio artist at Wysing Arts Centre, Cambridge. In a time characterised by economic crises, political conflicts and natural disasters, we are in a constant state of anxious anticipation without having the possibility of preventing further catastrophes. Emanuela’s practice mobilises and critically interrogates this dark presentiment and perceived powerlessness. Taking inspiration from the ever changing nature of materials exposed to physical and environmental processes, Gustav Metzger’s auto-destructive art manifesto and trauma studies Emanuela’s work aims to create a visual and poetic parallelism between the physical and psychological nature of traumatic events. 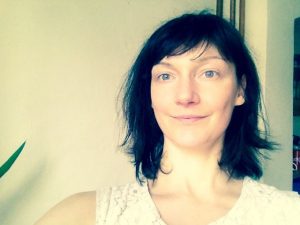 Katharina’s work focuses on protest movements and political violence in the 20th and 21st centuries. In this context, she is particularly interested in questions of gender, race, class, dis/ability, and political ideology. Recent publications include the monograph Sisters in Arms: Militant Feminisms in the Federal Republic of Germany Since 1968 (Bergahn, 2017) and two co-edited volumes: Women, Global Protest Movements, and Political Agency and Gender, Emancipation, and Political Violence (Routledge, 2018). Currently, Katharina is working on an ERC funded project about the cultural and material impact of urban terrorism in Europe. She tweets at @Katharkarcher 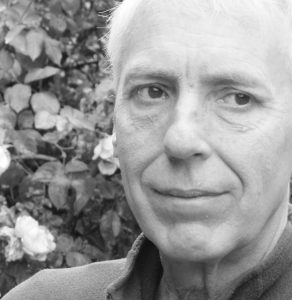 Cary works across a wide range of media including including film, installation and art intervention in public spaces.  He holds an MFA in Theatre and Film from the University of Georgia and has worked as a theatre director, film editor, and managed development teams for multimedia in the US, Great Britain and Germany.  His work has been broadcast on the BBC and shown in film festivals in Canada and France and has been part of the Festival of Ideas at Cambridge University. Cary’s current interest is in how to facilitate interaction between people in critical engagement with their environment. He is currently working on a feature film entitled YOU SAY YOU WANT A REVOLUTION about the politics of hope and fear in in 1968. 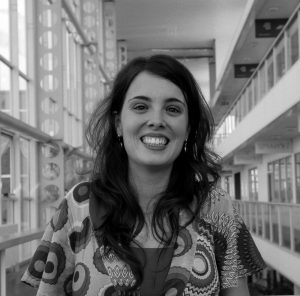 Dr Raquel da Silva is a British Academy Postdoctoral fellow in the International Development Department at the University of Birmingham, UK. Her research focuses on the pathways of engagement with and disengagement from armed organisations, through the study of life stories of former militants and their families. She is also interested on the impact of Preventing/Countering Violent Extremism (P/CVE) interventions in the life of individuals, groups, and communities. Raquel values creative public engagement and the translation of research into practice and policy. She has organised a variety of public engagement events, such as ‘Talking Terrorism with Young People’ and ‘Fighting Political Backlash: Creative Ways to Resist, Survive and Thrive’. She has published a monograph entitled Narratives of Political Violence: Life Stories of Former Militants (Routledge), as well as different articles in journals like Critical Terrorism Studies, Aggression and Violent Behavior, Contemporary Social Sciences, Journal of Constructivist Psychology, and Studies in Conflict and Terrorism. She tweets at @RaquelBPSilva 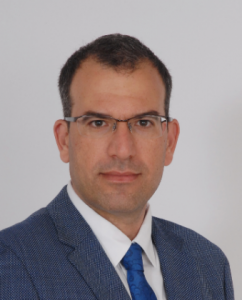 Dr. Konstantinos Skalomenos is Lecturer of Structural Engineering/Materials Engineering in the University of Birmingham. In 2017, he was appointed as Specially Apptd. Assistant Professor of the Disaster Prevention Research Institute (DPRI), Kyoto University. In Japan, he mainly studied the ultimate failures and collapse behaviour of steel and composite structures as experimentalist. His professional experience includes roles as Structural Engineer in seismic assessment and retrofit of old existing structures in 2013-2015 and as Construction Quality Engineer in the infrastructure management and construction company of Hellenic Telecommunications Organization (O.T.E Estate S.A.) in 2008-2011.