‘Bright as a button’: What connects industrial Birmingham with STEAMhouse?

Whilst the STEAMhouse project is a relatively new venture for Birmingham City University (BCU) it is also a continuation of a proud Birmingham tradition of creatively mixing art and science. I am currently one of the STEAMhouse academics seconded from BCU Faculty of Health Education and Life Sciences and fortunate to be working to support STEAMhouse members with a range of projects.

This blog post is my contribution to an understanding of STEAMhouse’s current practice in the light of three main strands of my thinking. What connects these themes is an emphasis on social interconnection and creativity and the value that can be realised once these factors are aligned.

I begin by considering how STEAMhouse fits into Birmingham history. Secondly, my Doctoral study focused on social learning theory and this has made me think about how STEAM principles make really good pedagogical sense.

I end by reflecting on some of the connections I have helped to develop between BCU academics and STEAM members.

STEAMhouse within the historical context of the City of Birmingham 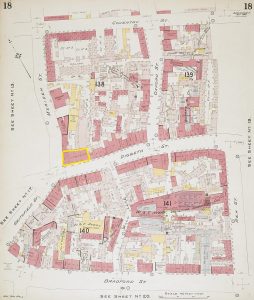 Next time you are able to visit Birmingham Museum and Art gallery go to the section devoted to the history of Birmingham. Close to the gallery entrance is a model of the mediaeval village from which Birmingham developed sometime within the 12th Century. At this time Birmingham was completely insignificant, the Midlands being dominated by cities such as Worcester, Warwick, Coventry and Lichfield.

Unlike every other major UK city, Birmingham, lacks a port, docks, or a big river to bring its trade. Whilst close to coal mining areas it lacks substantial mineral deposits. Why was it then that by the 18th Century, Birmingham grew to become arguably the first global manufacturing powerhouse? (*See note below)

Jenny Uglow (2002) writes that central to Birmingham’s development was its location in the middle of the country, being at the centre of the canal and rail networks developed during the industrial revolution as well as the complex web of small, diversified industries that developed around this. Uglow focuses upon the importance of famous innovators who were resident in Birmingham in the 18th Century – members of the famous ‘Lunar society’ which included Erasmus Darwin, Matthew Boulton, James Watt, Joseph Priestly and Josiah Wedgewood. Members of the group pioneered steam power, canal building and the application of chemistry and strongly influenced economic and social development both within Birmingham as well as more widely.

Birmingham was also a magnet for people from outside the area, migrants built the city, laboured in its industries and Birmingham people famously registered a record number of patents (see link).

I suggest that what we now recognise as STEAM thinking was one of the important reasons behind the rise of the City of Birmingham, as Jenny Uglow writes:

In the time of the Lunar men science and art were not separated: you could be an inventor and designer, an experimenter and a poet, a dreamer and an entrepreneur all at once without anyone raising an eyebrow

I recently found that I have an ancestor who was active in Birmingham manufacturing. An 1834 directory of Birmingham lists one Daniel Haynes as a manufacturer of ‘light steel toys’ in Staniforth Street close to Birmingham city centre. According to Jenny Uglow at this time ‘toys’ were small metal goods such as buttons, snuff boxes and belt or shoe buckles. There is a display of similar items in Birmingham Museum and Art gallery and a search of the online catalogue for ‘buttons’ turns up a large number of these beautifully decorated objects.  These are a great example of objects that are both practical and beautiful and that must have resulted from a combination of individuals with metal-working, manufacturing as well as artistic and design skills.

At BCU as well as within Birmingham and its surrounding regions we continue to have the ingredients for successful collaboration and development and that the STEAMhouse project offers the opportunity of creatively linking these various actors.

(* as a footnote to this part of the blog it is important to acknowledge that something Birmingham did unfortunately have in common with other UK cities is that it profited greatly from slavery and resources taken from elsewhere by colonialism. My fellow BCU academic colleague Kehinde Andrews (2021) writes very persuasively on this subject)

Having spent so long reading about research and thinking about education as part of my EdD (Doctor of Education) I tend to see everything through a lens of this pedagogical theory. So much of what STEAMhouse is trying to achieve fits well with my ideas about what good pedagogical thinking looks like.

The STEAMhouse manifesto highlights the importance of developing inter-disciplinary skills, nurturing creativity and developing strong links with everyday practice. All of these are attributes of teaching theory in the PGCE qualification required of all BCU lecturers. One aspect of this learning is the social learning theory that was so important to my doctoral study.

Social learning theory is a pedagogical approach which emphasises the role of social participation in the development of learning. It differs from more traditional approaches to teaching and learning that arguably focus on individual accumulation of information. For example, the Brazilian educator and philosopher Paolo Freire was famously critical of what he called a ‘banking approach’ to learning (i.e. learning as an individual attribute). In his book Pedagogy of the oppressed Freire (2000) advocates for the role of social interaction and dialogue in developing people as thinkers able to influence the world around them. Activity theory (Engeström 2001) emphasises the role that social and cultural interactions play in shaping our thinking and understanding.

My EdD study focused upon Communities  of Practice (CoP) thinking. A CoP is a group of people bound together by a mutual interest and shared learning and practice (Lave and Wenger, 2018). This initial idea has been more recently developed by Wenger (Wenger et al. 2014). Rather than emphasising an individual’s interaction with a single community this recognises that as individuals we interact (to a greater or lesser extent) with a range of different communities which encompass a landscape of possibilities.

Boundaries between different practices are also identified as important. Whereas these are sources of possible conflict and a possible reason for the minimisation of learning they can also be places where diverse viewpoints co-exist. Wenger argues (2014) that reflection across boundaries is a fruitful source of new ideas.

For example, the Lunar society was a great example of a CoP in that its members engaged in shared learning, worked on shared problems and had ongoing meetings to develop this thinking. As part of the landscape negotiated by these individual members they would have had their own networks and relationships with other communities, Wenger suggests that personal identity formation is influenced by the pattern of that these interactions take and the influence that this has upon the individual.

I see my work at STEAMhouse through the perspective of these ideas.

For example, compare the description of Freire’s ideas about the role of social interaction or Wenger’s thinking about a CoP (mutual interest and shared learning and practice) with the description on the STEAMhouse website ‘about us’ page:

In my work at STEAMhouse I have tried to play a part in helping to build this collaborative community.

I have been lucky to meet some of the STEAMhouse associate members, particularly those whose work has broadly healthcare related aspects. I recently helped to run an online workshop (the first Digital art and interpersonal interaction: New thinking from BCU STEAMhouse members ) aimed at providing some of the members an opportunity to showcase their work and to network with BCU staff and other STEAM members. 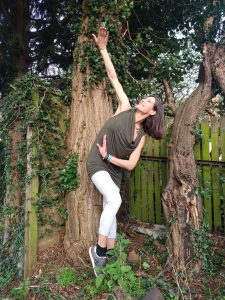 All of these combine a background in the arts or counselling with innovative digital applications and there are clear shared themes within their work.

For example, as well as sharing a counselling background, Wanjiku Nyachae, ( You can see a YouTube video of Wanjiku’s work here) Michela Reghellin (contact m.reghellin@gmail.com), Allie Joy and Amelia Hawk all have an interest in use of digital technology to enhance the therapeutic effect of their work. Wanjiku is a psychotherapeutic counsellor and is developing immersive audio-visual technology designed to help people to access altered states of consciousness. Amelia is developing an automated phone line to allow people to talk confidentially and to express feelings, thoughts and emotions. Michaela is creating a digital body-mapping process based upon her practice as a dance and movement psychotherapist. Allie is creative director of a company called Syntropy States (see also here) which combine art, music and audio-visual breathing pacers to help with problems such anxiety. 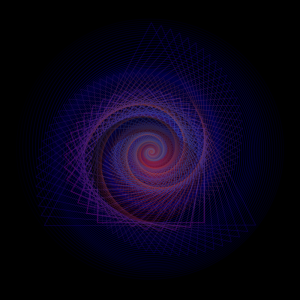 The presenters in this event are a good example of the way in which STEAMhouse is able to inspire surprising new approaches to mental health related issues. These people share a goal of blending art with aspects of digital technology to produce a beneficial effect on the mental wellbeing of the people they help. I also suggest that this work is an exemplar of the kind of creative collaborations that Birmingham has always fostered. 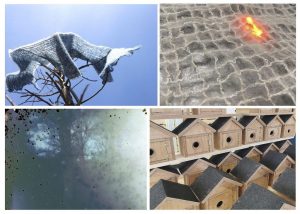 On December the 15th we are presenting the second digital, artistic and technological innovation event that will show the work of more creative STEAM associates.

Clare Hewitt is a Birmingham base photographer and a Senior Lecturer at the University of the West of England. She will be presenting her work which is a visual study of the communicative and connected behaviour of 12 oak trees. Sonia Reynolds is the founder of Zephlinear innovation and she will be talking about the development of next generation textiles.

We will also be spending some time to network and to help participants to develop their own creative connections.

If you would like to attend please find out more and register here.